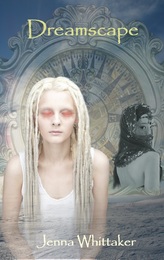 Dreamscape
​
Set in a fantasy world full of sects fighting against each other, a man from an alternate dimension of the gods is sent to earth to save it from a threat it does not yet know. Khalos had powers he didn’t even realise, and when they awakened, they destroyed his world. After a fire, started from his rage, burned down his childhood home, Khalos’ innocence died in the ashes. He began a long journey to a city where he may be safe—and others may be safe from him--meeting up with a woman who worked with dark forces from the future.

As the world is plunged into turmoil, Khalos and his link to the dreamscape is fought over by every side. Does he allow the machine from the future to awaken those in the realm of the dead? Does he follow the mystical Sisters and their quest to destroy the machine? And what about Ianthe, his wife and hidden servant of the machine and its worshippers?

In desperation, Khalos turns to the Sisters and begins his metamorphosis from human to a denizen of the dreamscape—where he came from before he was born. With his link to the dreamscape and its god, Watcher, Khalos journeys far from the woodlands and cities of his continent to the forests of the Sisters’ sanctuary, and finally to the snow and ice of the north pole to find a way to destroy the machine seeking the conquer them. On the way, he is captured by the Annukeim—alien servants of the machine—meets a girl who is dead, and befriends a gryphon from another world.

With this help, can Khalos end the machine’s domination once and for all? 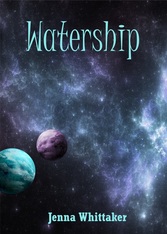 The world was dying, so scientists worked to create a safe haven in the centre of the earth; hollowing it out for the future generations to live safely.
When the creatures created to watch over the people detected the failsafe program had activated, and that their hollow world was about to collapse, they took them to a sentient, biological spaceship, set with the coordinates to take them to a new world.

But with the aliens who helped the scientists in the past come back to change the course of the ship, things soon spiral out of control.
Purchase 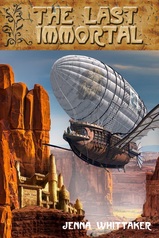 Death was alien to them. The people of the world never knew death for as long as any could recall; yet when their world slowed on its axis, the atmosphere disintegrating, the immortals felt death for the first time.

A wasting sickness ravaged their species. The old could not fight it, and the young who survived were permanently scarred by it, unable to ever bear children. Yet when it seemed that the sickness had passed, further destruction was laid upon them; the earth shattered. What was once a whole world became a mass of small shards of land held together, barely, with never-ending chasms separating them.

But when an immortal girl appears, Kyrilee, who cannot catch the wasting sickness, she tells a tale of dreaming thousands of years past, of giving birth to a cat. Most dismiss her as mad, but some believe she is the one they have been searching for. The one who holds the key to curing the sickness, who can bring the people together once more.

Kyrilee finds that she is no immortal, but instead a mortal body with an immortal soul, constantly reincarnating throughout the ages.
When she discovers the cats, the descendants of the one she birthed in her dream, and she realises it wasn’t a dream at all. These creatures hold the key to restoring the earth. She must take this key from them before they enslave the humans. ​
Purchase 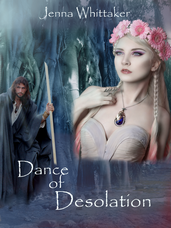 Shren has been locked in his own mansion’s cellar for seven years before one day, he finds the door unlocked, and his house—once filled with parties that his captors, his traitorous servants, threw—silent and empty.

Upon closer inspection, Shren finds that his home has only one difference from the days before his imprisonment—a painting gracing one of the walls, a painting of a man with eyes bleeding pitch black. A magicworker has been in his home.
​
Shren leaves, seeking to escape the wrath of the magicworker, should they return. It is then that he discovers their origin, that they are far more insidious and dangerous than he’d ever imagined, and he is inexorably drawn into a journey to stop the magicworkers from taking and corrupting his people as they did in the land they were created.